Having just finished painting a few Reaper Bones miniatures, the kids and I made some quick warbands using the Fightin' Fungi calculator and played a game.  We decided on a 3-way match with a 'King of the Hill' type scenario.

We each had 400 pts.  The eldest daughter had a couple elves, some animals, and a baby dragon.  The son played his undead; with a plethora of skeletons.  I went all swampy with some bullywugs, spikey turtle guys, couple goblin archers, and the big swamp troll warchief. 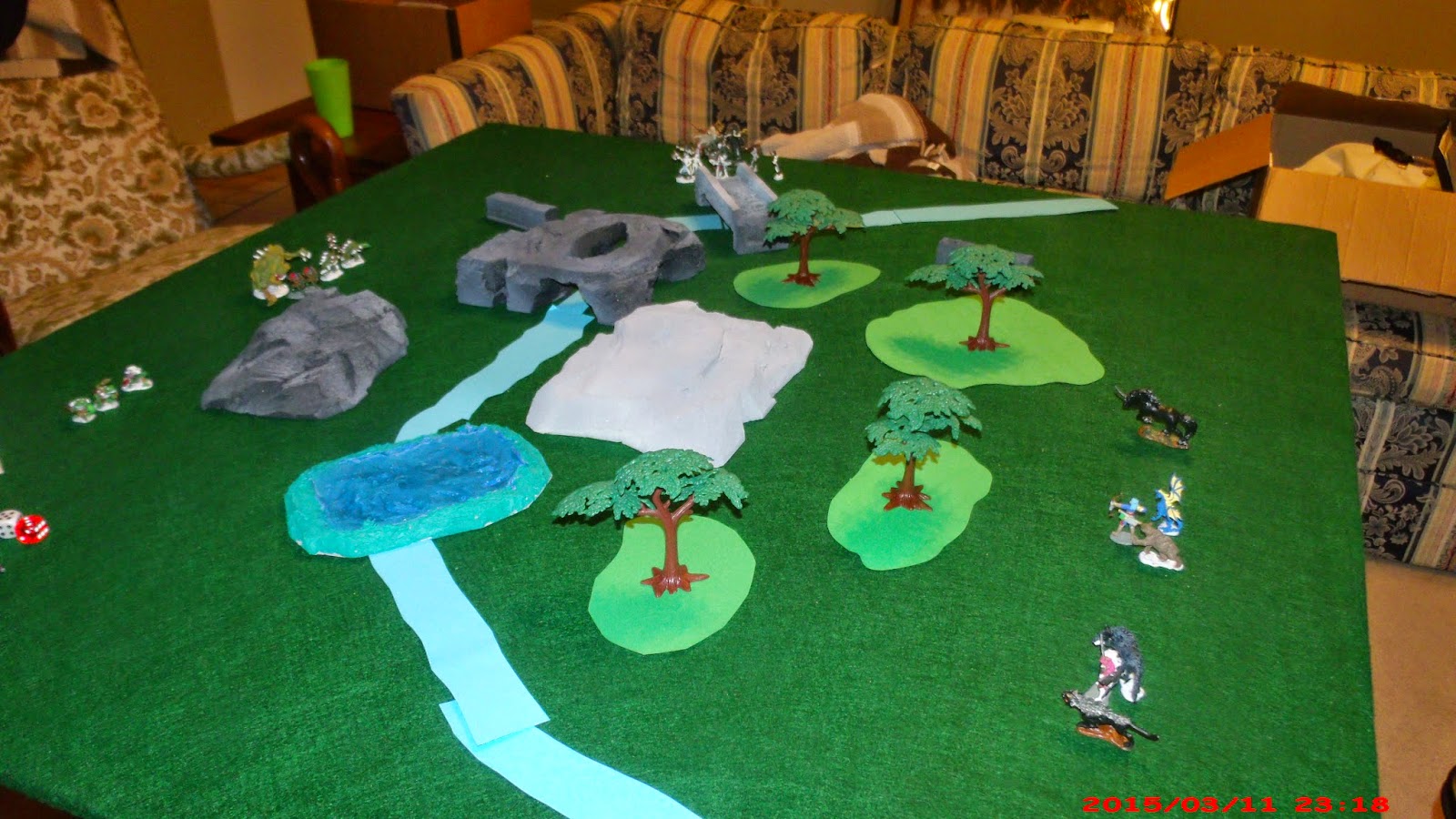 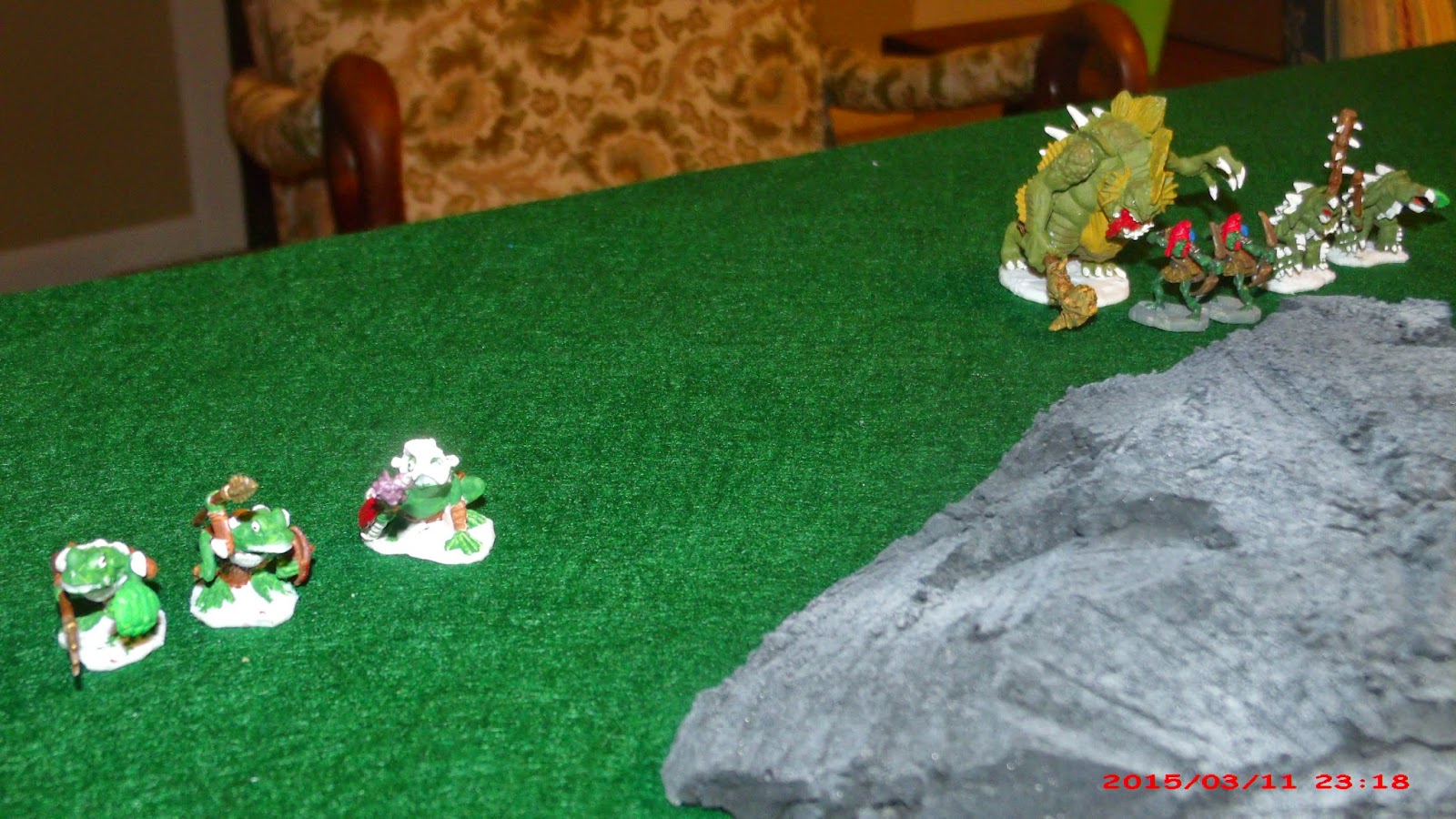 Bullywugs to the left, swamp troll and the rest to lead the charge ahead. 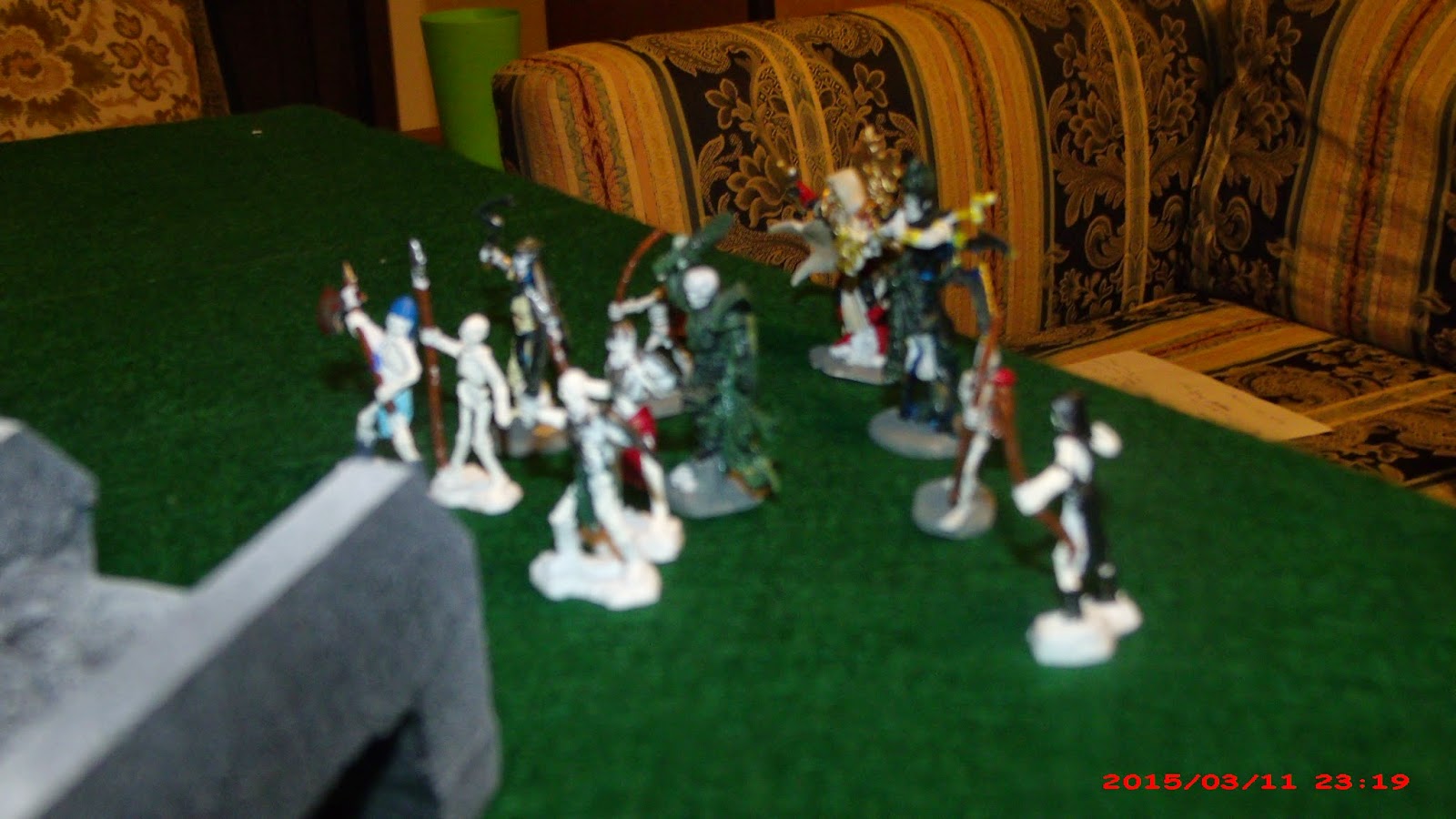 A whole load of skeletons facing a bridge. 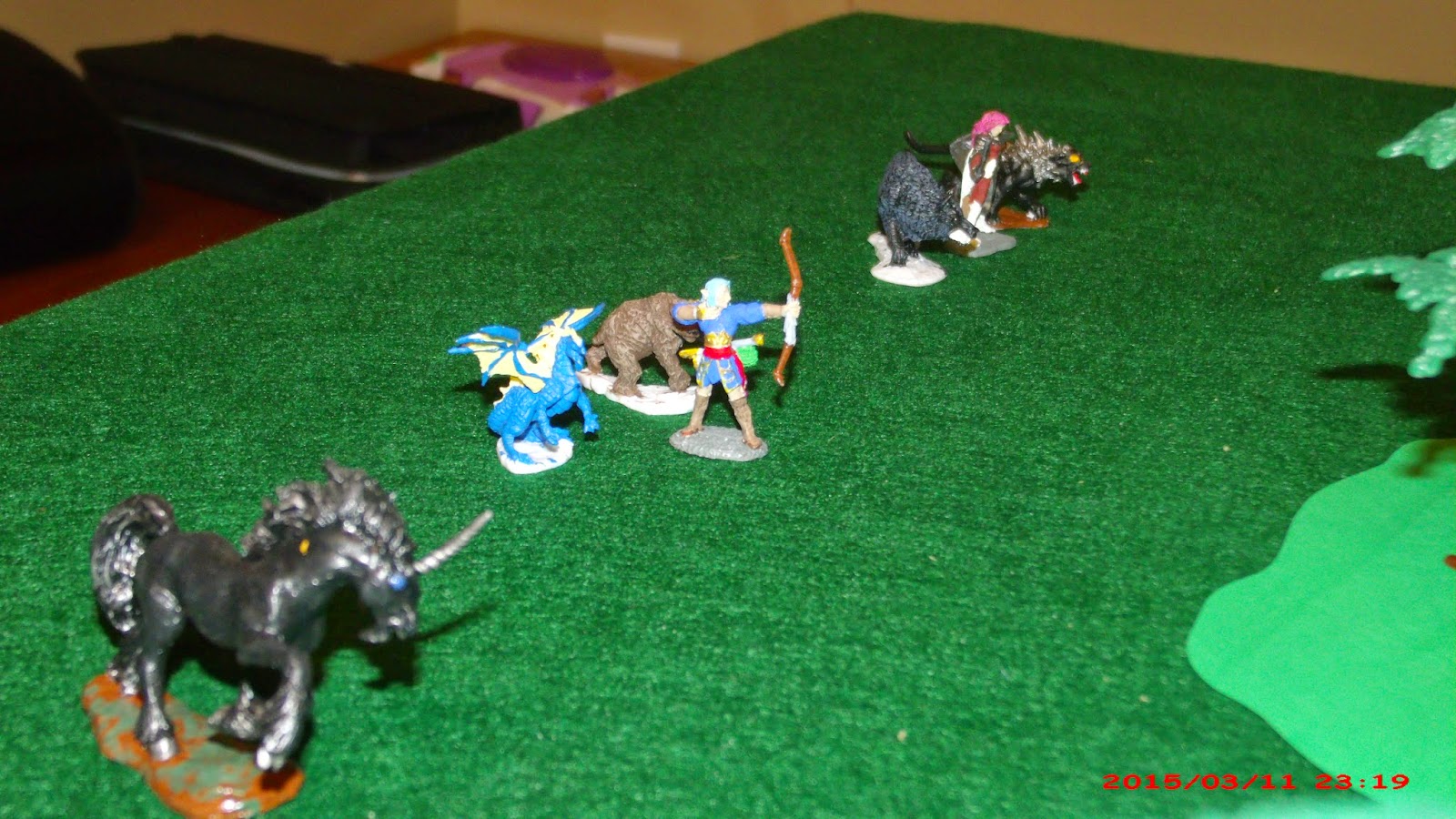 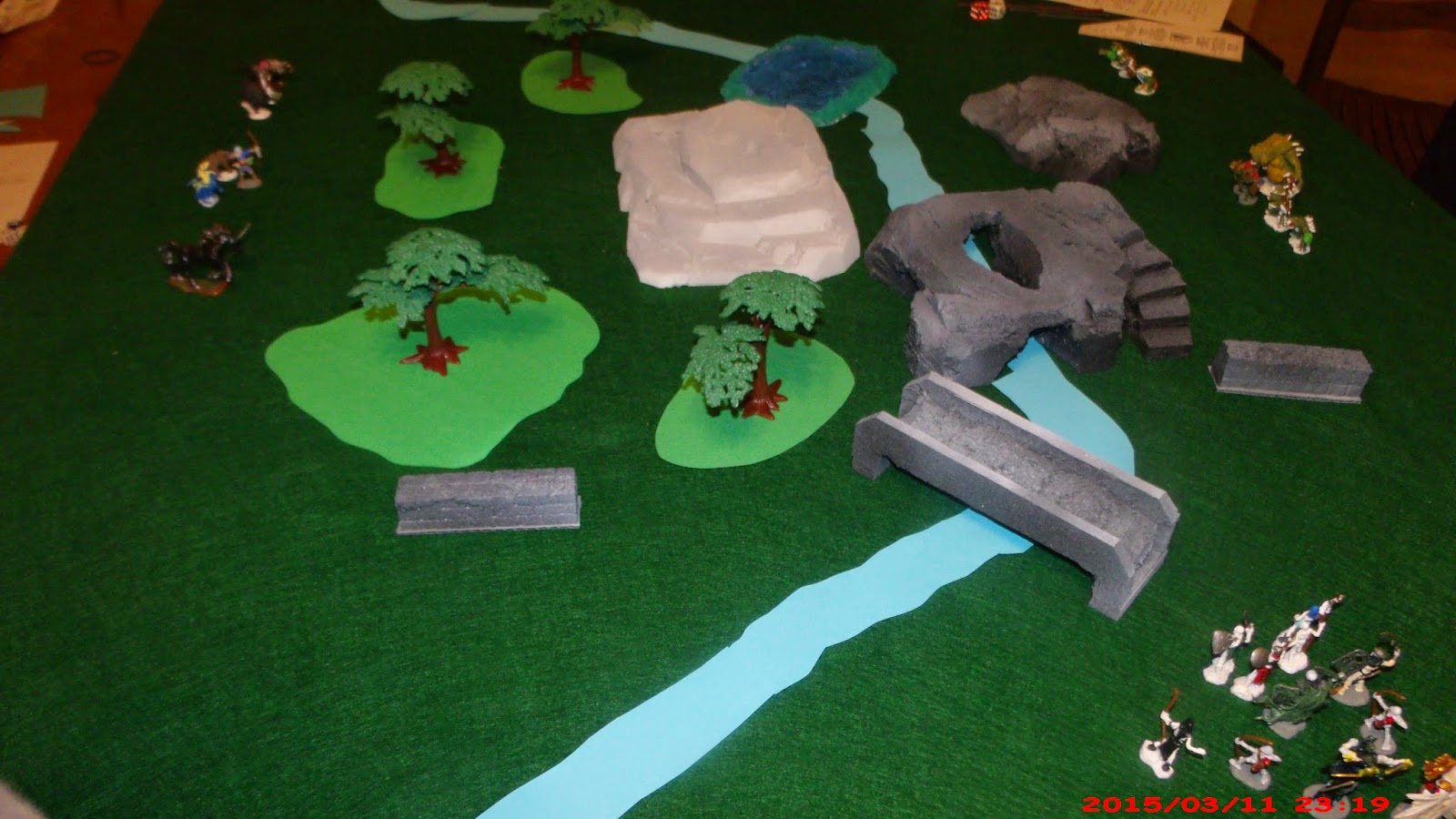 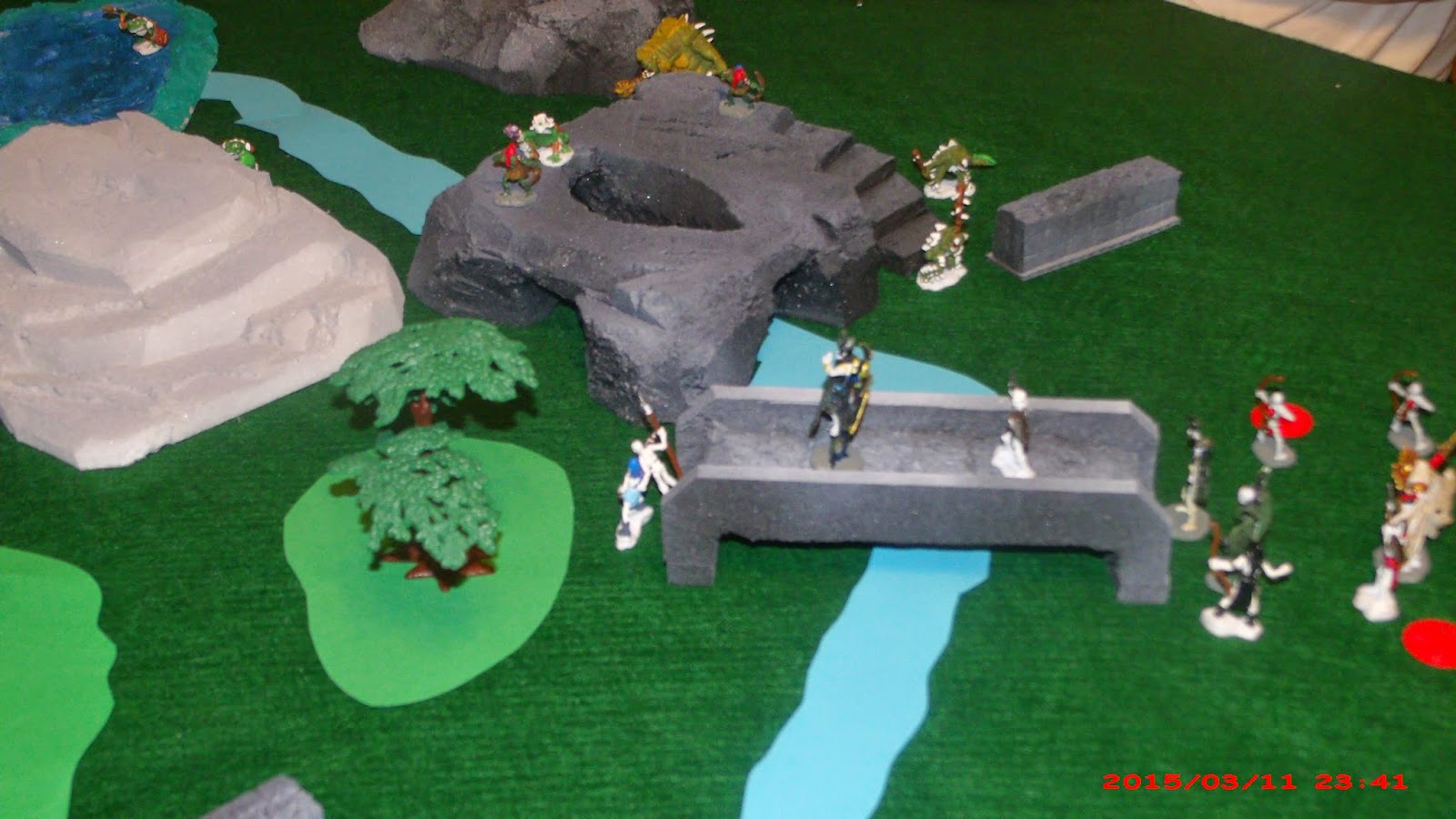 The bridge became a choke point for all the undead. 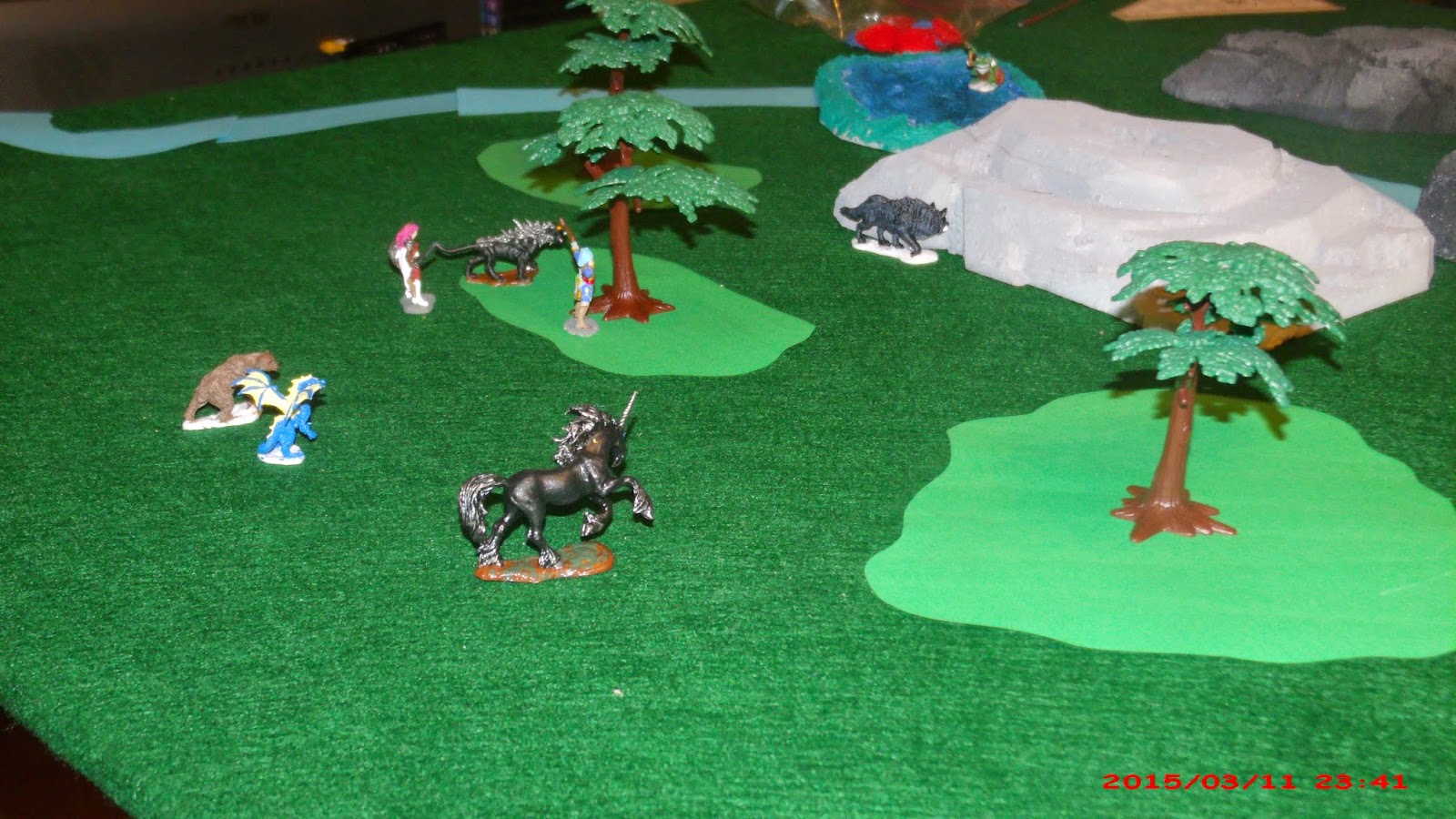 The daughter used her Forester traits well, often dodging in and out of forests to avoid LOS. 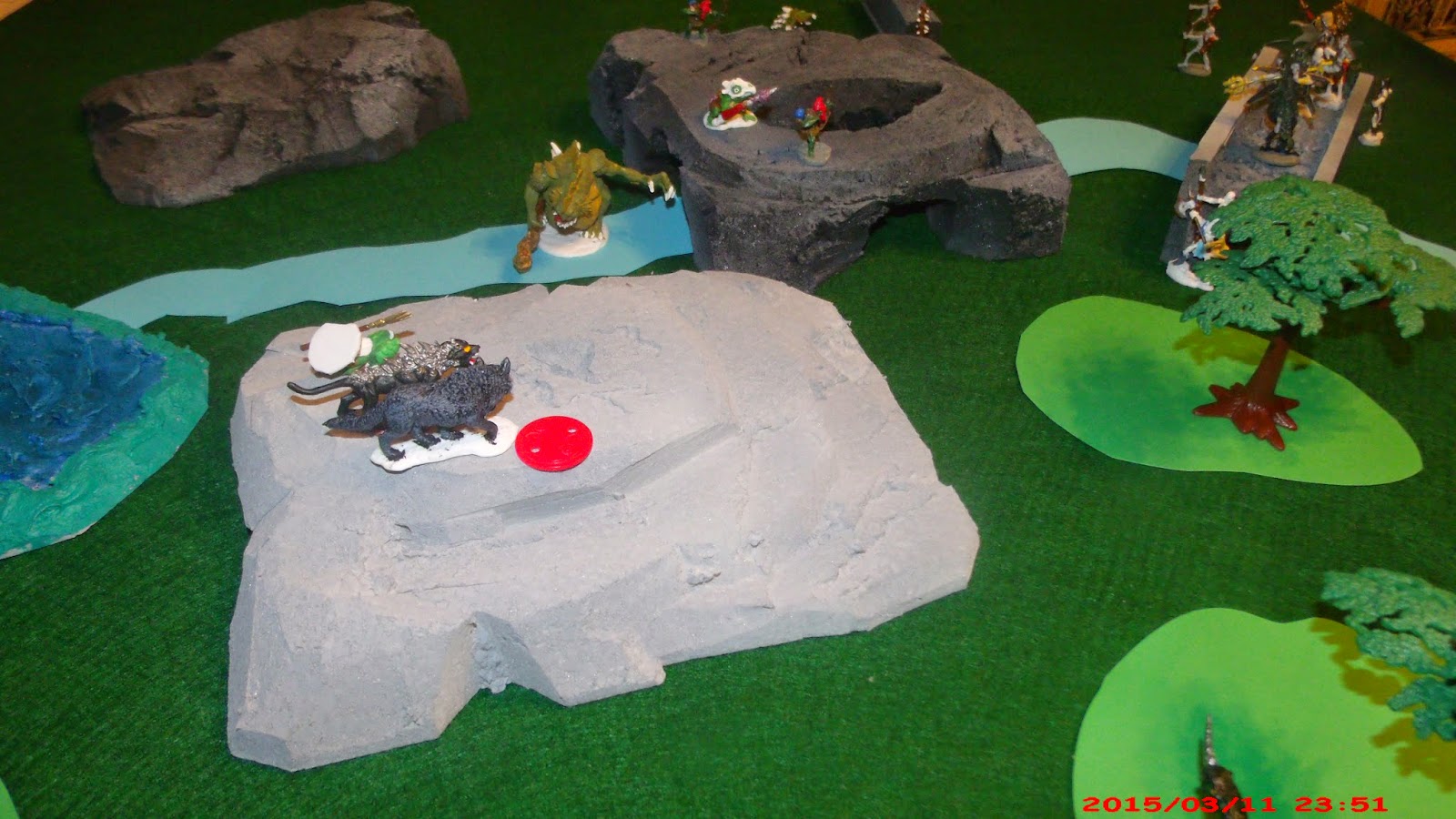 First kill was my poor lone bullywug, who also happened to be the first to reach the hilltop. 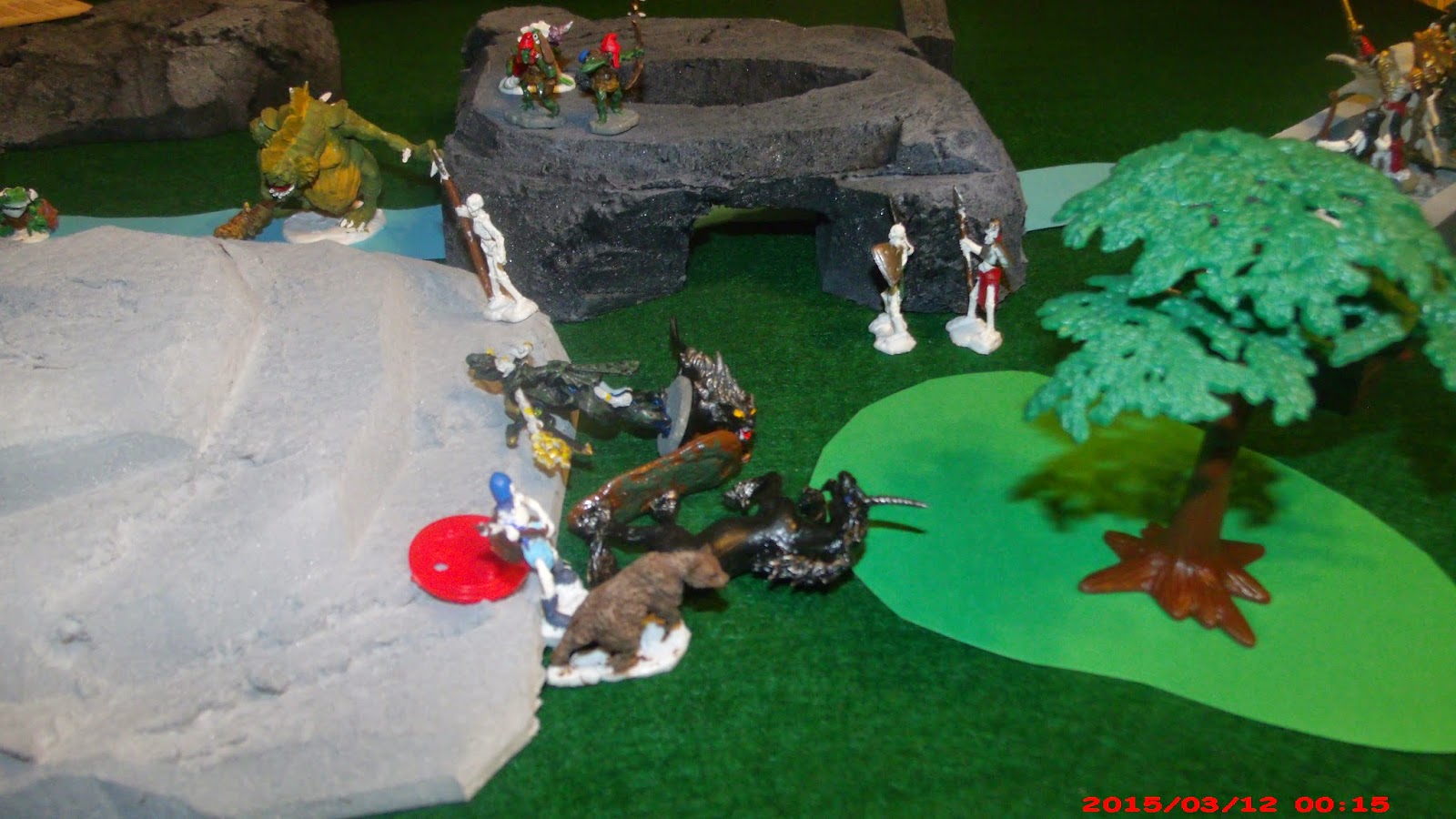 Big fight at the base of the hill. 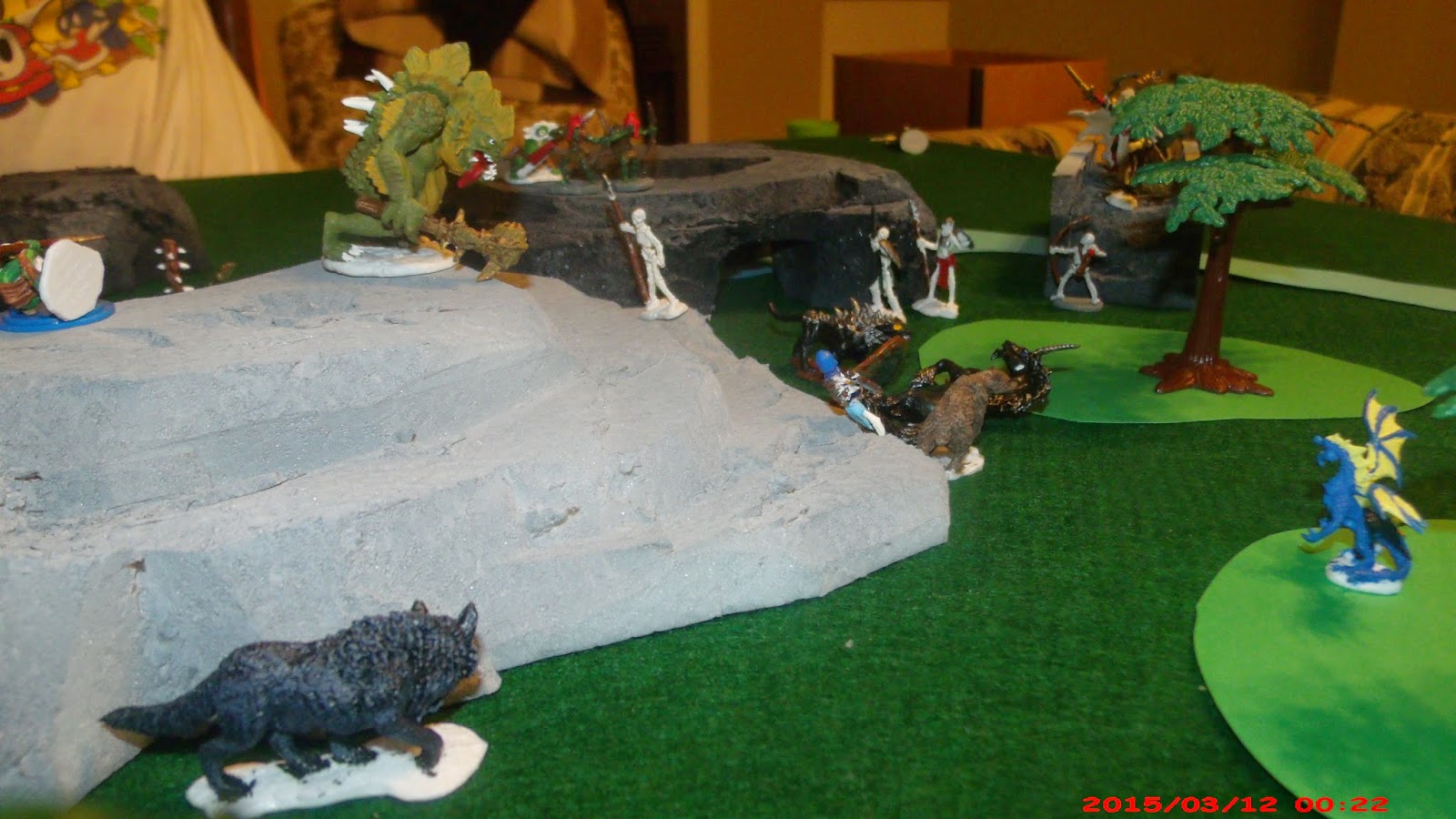 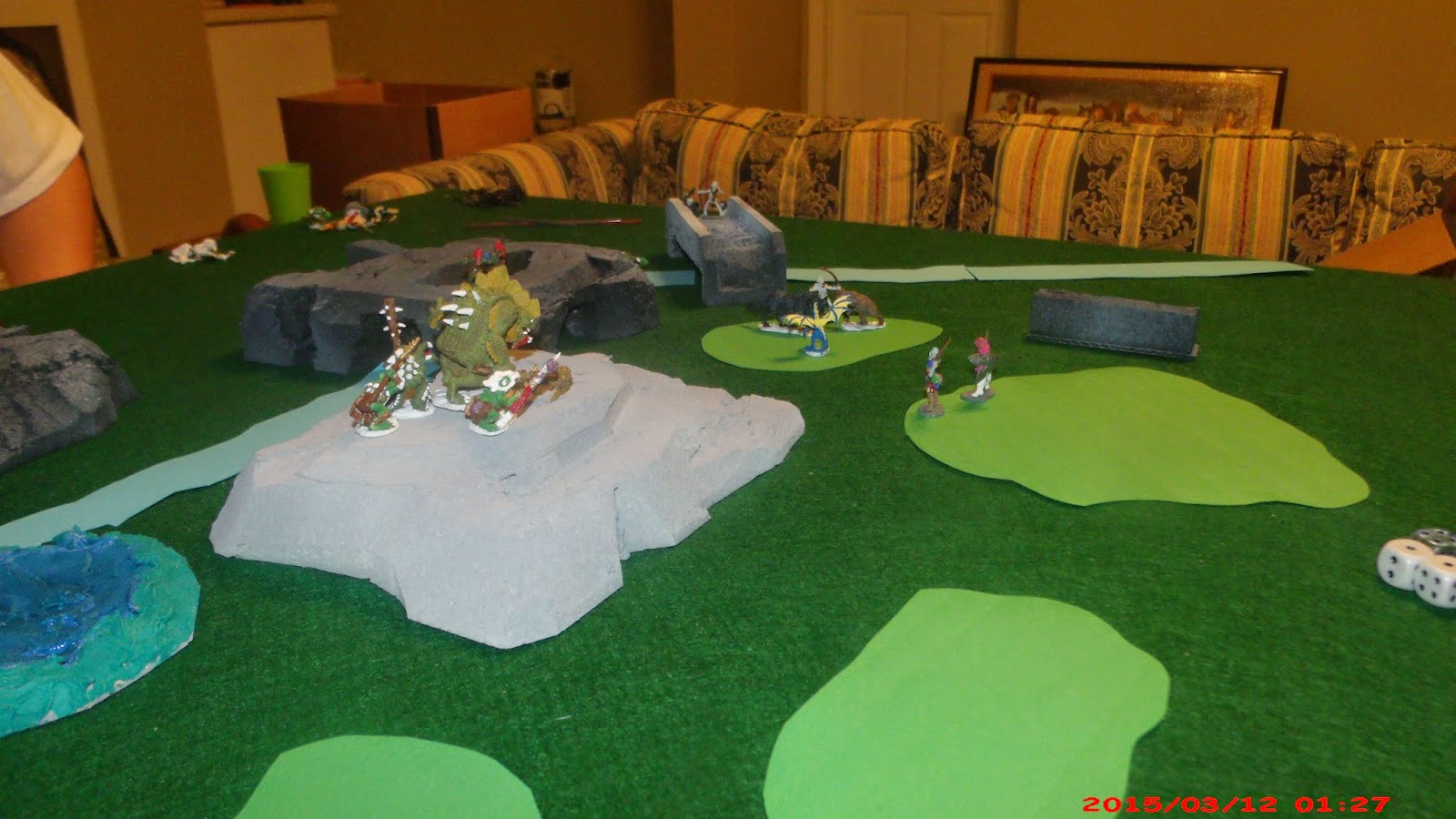 Many turns and reactions later, nearly my entire warband is on top of the hill.  The daughter and son continued to fight each other, distracted by revenge attacks instead of the victory conditions. 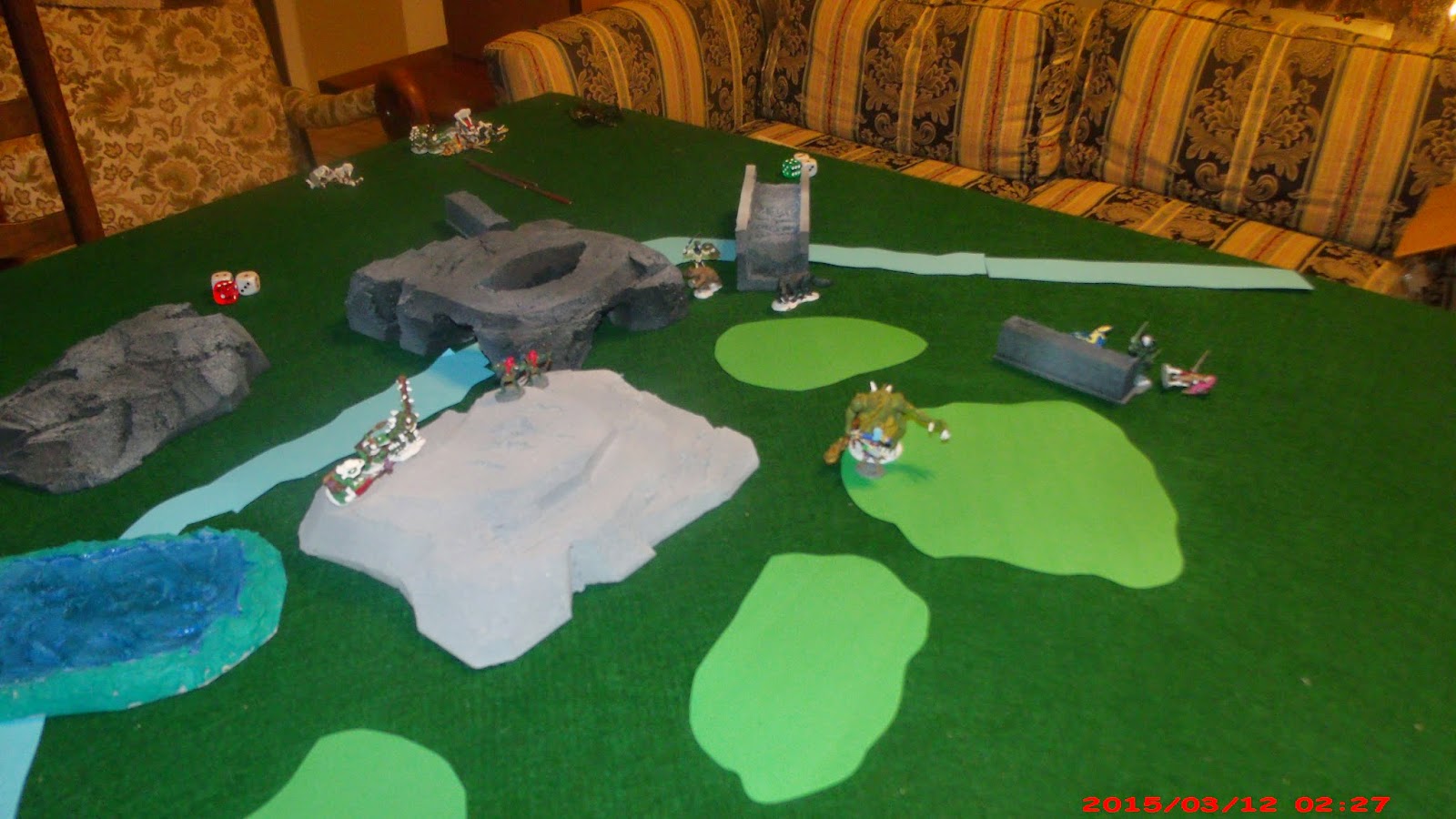 Nearing the end, my swamp troll warchief is on the prowl mopping up stragglers. 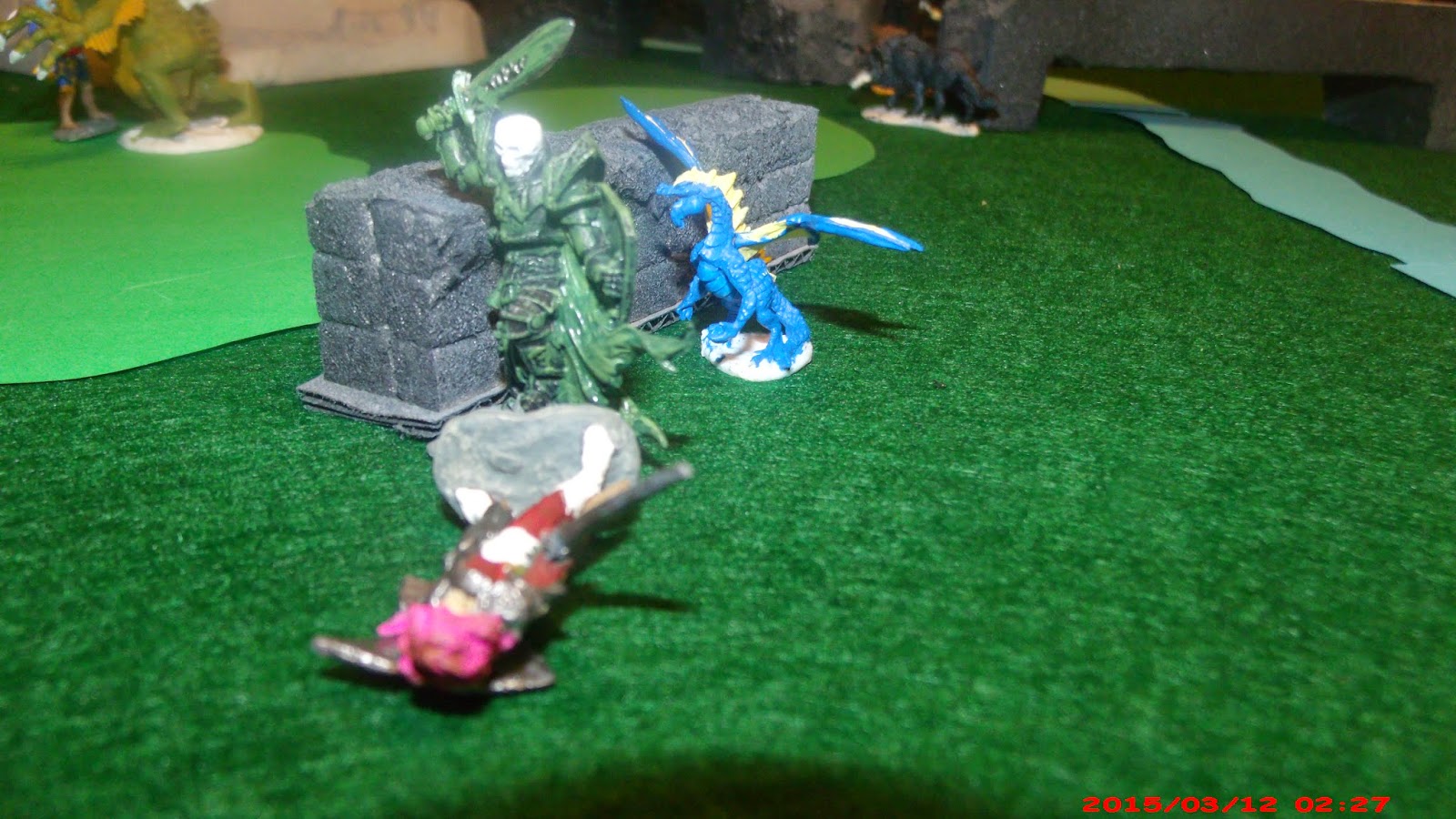 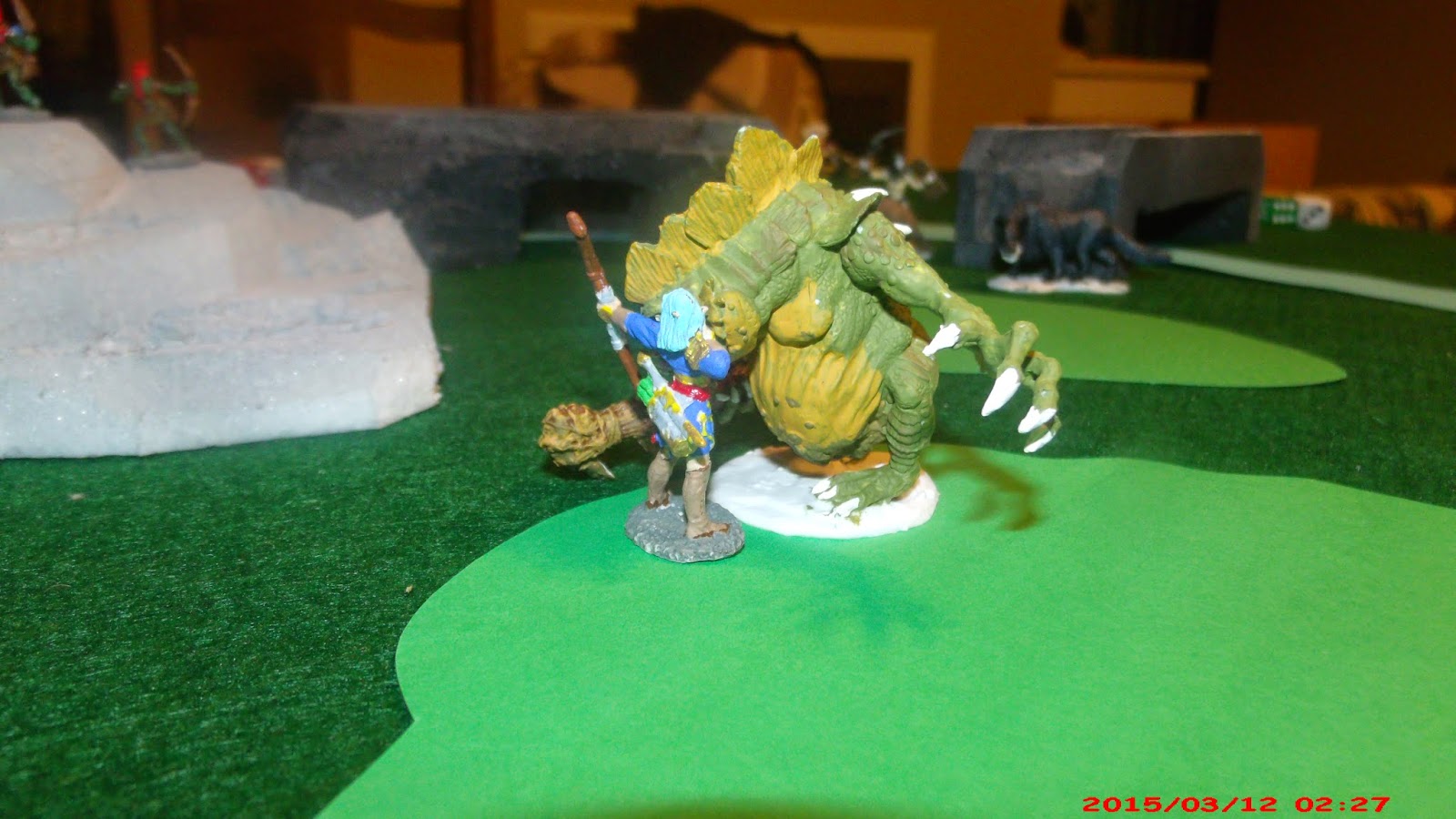 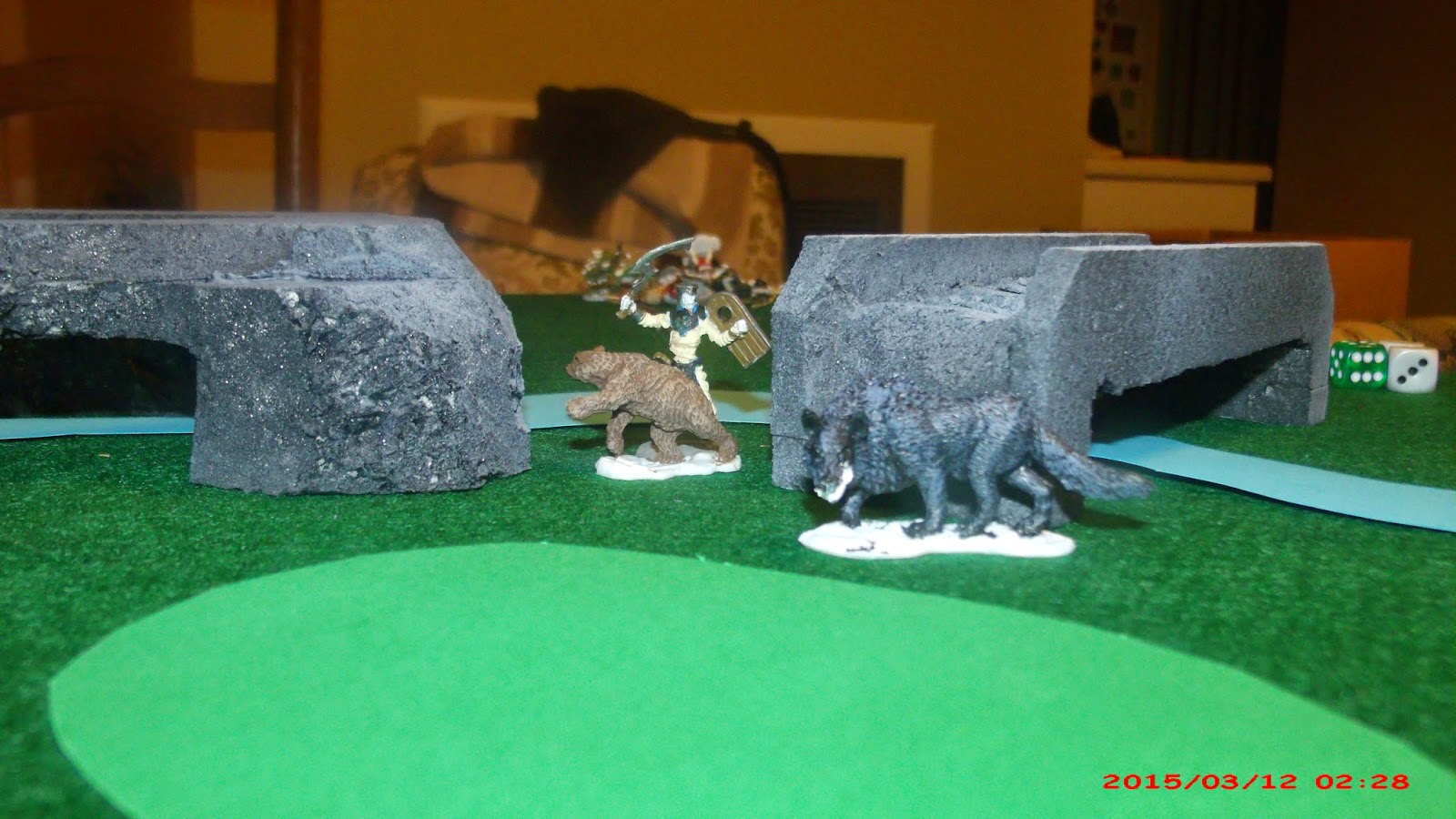 The bear and dire wolf were very potent this game. 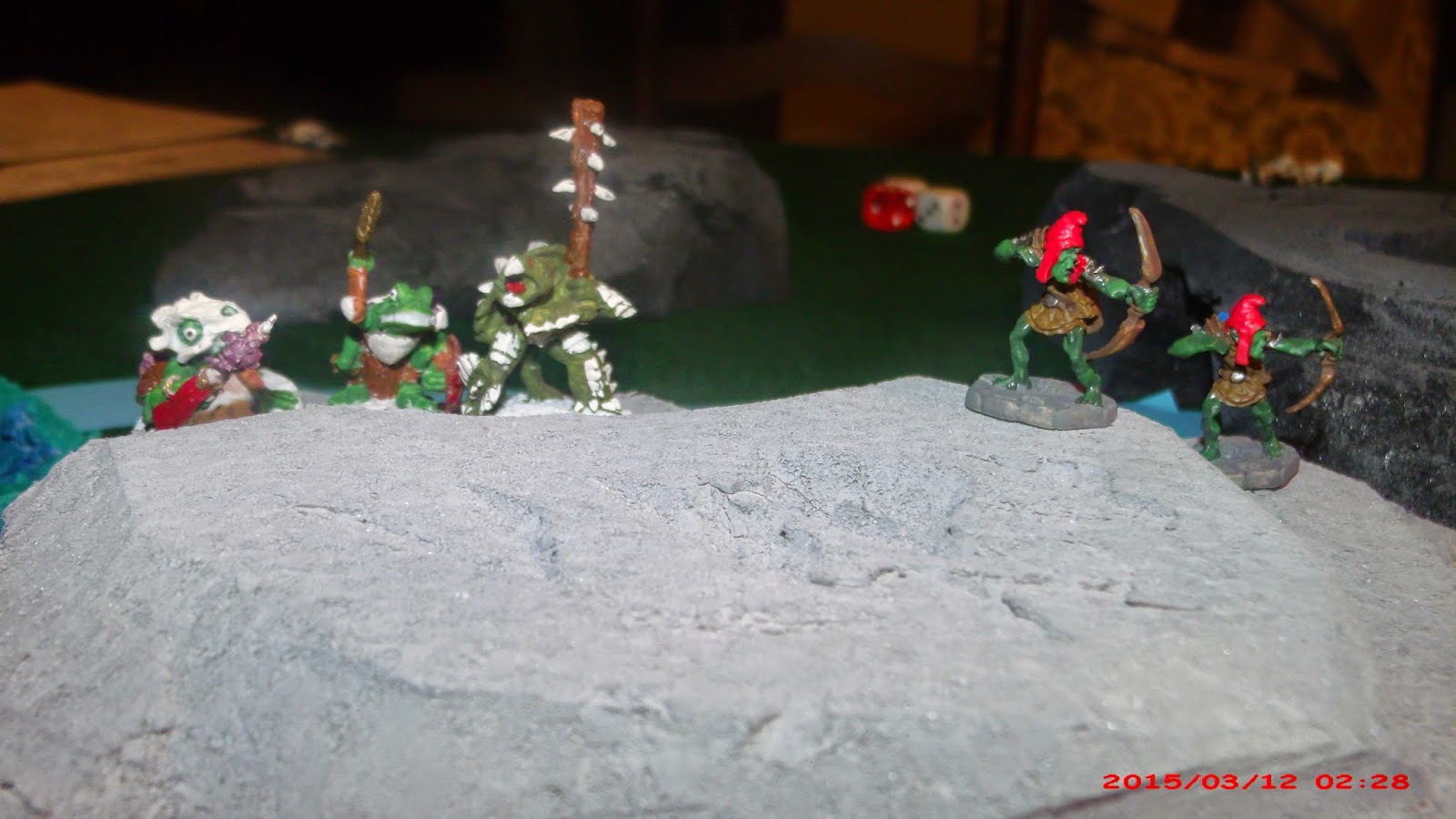 These guys hung out most of the match, watching everyone slaying each other, cheering on the fights. 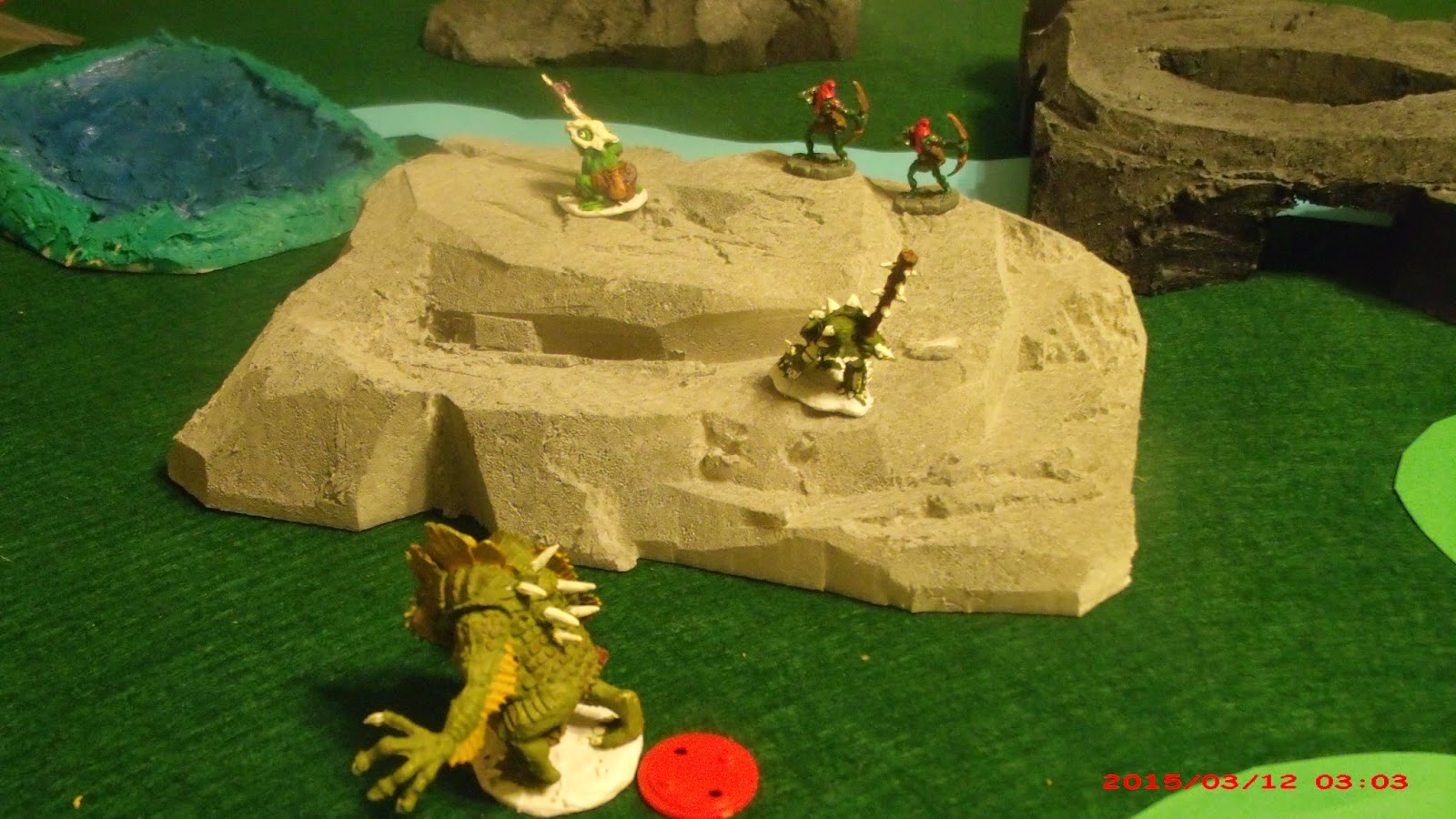 By the end, the swamp dwellers have successfully claimed the hill and a decisive victory.  My son had 9 VP, daughter 13, and myself 22.

Email ThisBlogThis!Share to TwitterShare to FacebookShare to Pinterest
Labels: Skirmish, Song of Blades and Heroes